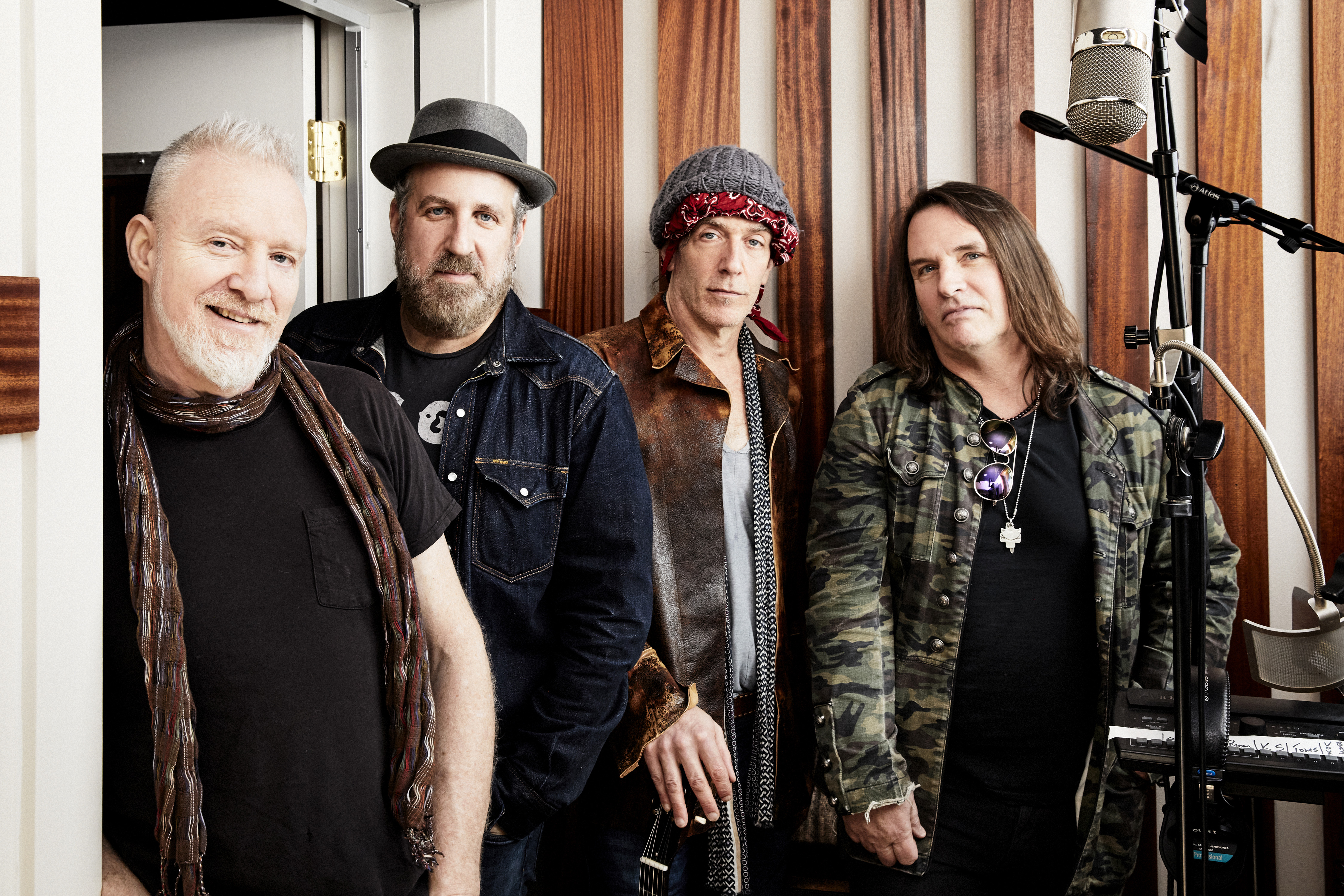 Thirty years. It’s an eternity in rock ‘n’ roll, and a marathon for the bands who fly its tattered flag. Revisit the class of 1988, and the casualties are piled high: a thousand bands that blew up and burnt out. In this chew-and-spit industry, the Spin Doctors are the last men standing, still making music like their lives depend on it, still riding the bus, still shaking the room. They’ve never been a band for backslaps and self-congratulation. Even now, plans are afoot for a seventh studio album and another swashbuckling world tour, adding to their tally of almost two thousand shows. But faced with that milestone, even a band of their velocity takes a breath for reflection. “I’d never have guessed,” admits drummer Aaron Comess, “this would have turned into thirty years of making great music together.”

Like all the best rock ‘n’ roll mythology, the final page of the Spin Doctors’ biography remains forever unwritten. But if the band’s story is to begin anywhere, it should be at New York’s New School university in the fall of ’88, when a fateful door-knock sparked the first meeting of Comess and guitarist Eric Schenkman. Trading as the Trucking Company, Schenkman, local legend John Popper and a charisma-bomb vocalist named Chris Barron had been making a glorious noise in the clubs downtown. But when Popper committed himself to Blues Traveler, the remnants sought new blood. Having assured Schenkman that he’d “check them out,” Comess formed a ferocious rhythm section with Bronx-raised bassist Mark White. “When I first met them,” recalls White, “I thought, ‘These are some funky-assed white boys.’ I’m the black guy in the band, and they had to teach me to play the blues.”

Long-term strategy has never been the Spin Doctors’ style. While cultural commentators have long since given up plotting the trajectory of this most unpredictable band, it’s a revelation to learn that the lineup themselves have no road map. “For the next album,” considers Barron, “I kinda want to stay spontaneous. I’d personally like to make a quarter-turn and do a rock record. But I have a feeling it’s gonna get funky. Y’know, there’s that great quote from Keith Richards when he went to meet Mick Jagger at AIR Studios to make Steel Wheels. And he told his wife – ‘I’ll either be back tomorrow or in a month’. I think that’s how it’s gonna go for us, too.”

Thirty years. A thousand twists. But whatever happens down the road, rest assured that the Spin Doctors will always be the last men standing, still making music like their lives depend on it, still riding the bus, still shaking the room. “It’s been a great ride,” considers Comess. Then he adds: “So far…” 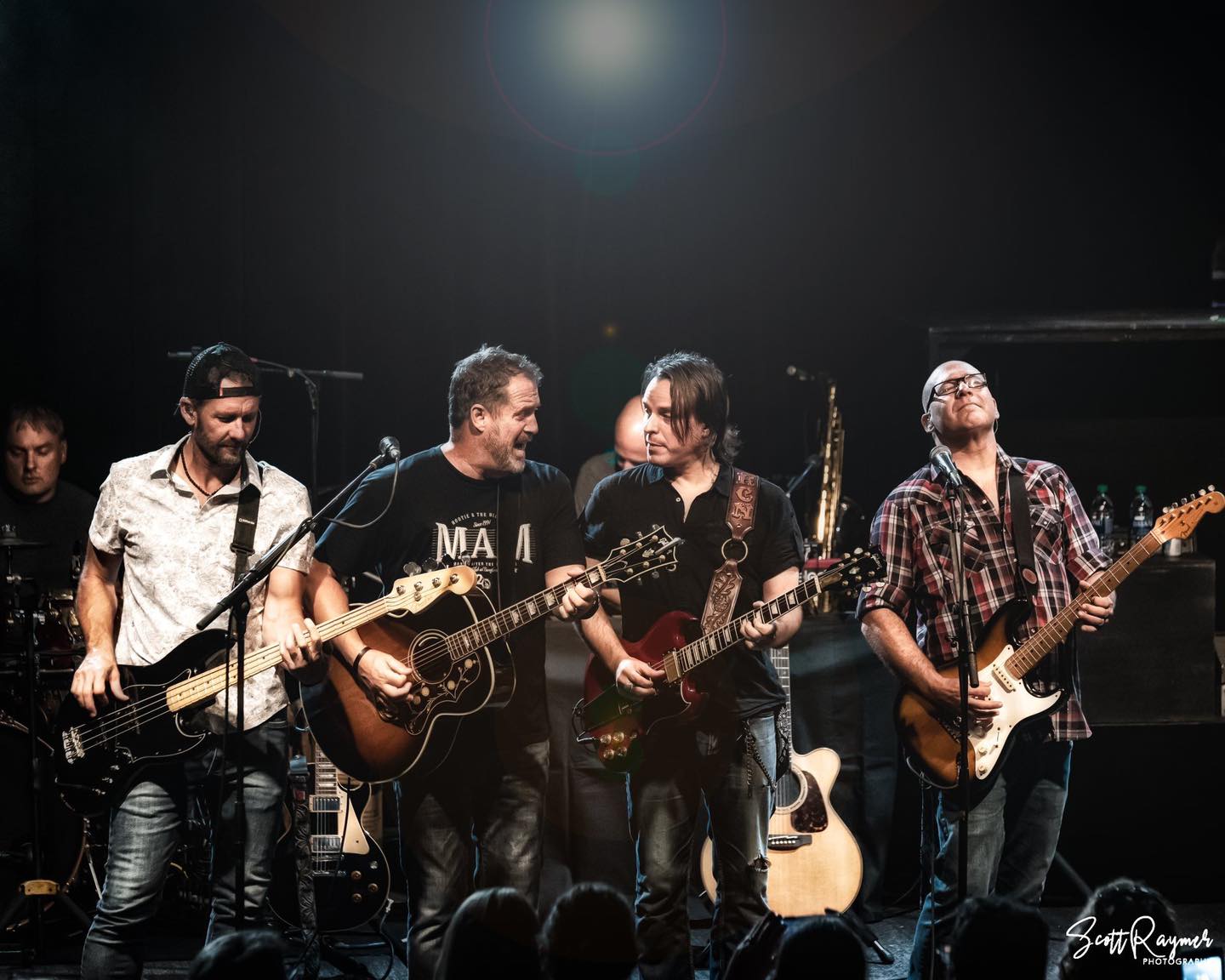 Originating from Gainesville, FL, Sister Hazel is comprised of five gifted, seasoned musicians  whose well-spring of natural talent has been called “one of the Top 100 Most Influential  Independent Performers of the last 15 years” by Performing Songwriter Magazine. Song “All  for You” topped the adult alternative charts during the summer of 1997 and the success  propelled their album to platinum status.

Living up to their fan-centered reputation, the band hosts annual events like “Hazelnut Hang,”    that focuses on fan involvement and was a pioneer in themed cruise experiences by co-founding “The Rock Boat,” a cruise featuring nonstop opportunities for fan/artist interaction. Sister Hazel has been equally attentive to connecting with their audience through social media. They have since made their Grand Ole Opry debut and shared the stages with country music superstars at The ?CMA Festival, Tortuga Music Festival, among others. In addition to the events and touring, the band also gives back with “Lyrics For Life.” Founded by singer Ken Block and the Band, the charity unites musicians and celebrities for concerts and auctions to benefit cancer research and patient-care charities.

A LIMITED NUMBER OF VIP TICKETS ARE AVAILABLE AT $135 AND PROVIDE ENHANCED PARKING, SEATING AND ENTRY. CALL 616.930.4755 FOR MORE INFO.